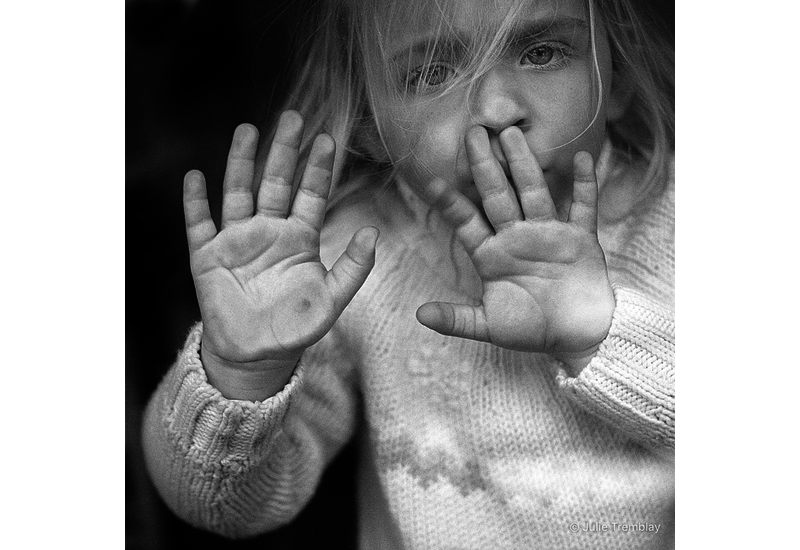 The idea for this image came from seeing a cast of my niece's hands in plaster. I decided to document her hands with a photograph. I asked her to place her hands on the glass slider and I went on the opposite side to shoot her. She's three; when you tell a three year old to stay still what they consider still is quite different from an adults. If I had told an adult to stay still they would have become a statue. Marina's hands, face, in fact her entire body wiggled and moved constantly... but she never actually left the room, so in her mind she was frozen. This meant that each frame was completely different from the one prior. Because of her constant moving I needed a very fast shutter speed, something I didn't have the luxury of since I was using available light - so most of the images were soft - except this one. She put up with my "session" for 5 minutes, an absolute eternity for her. 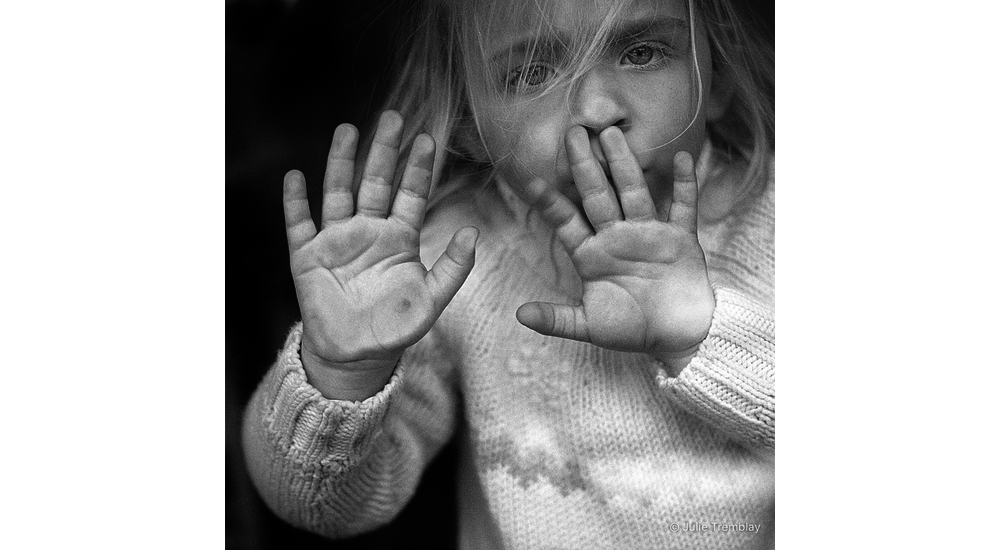