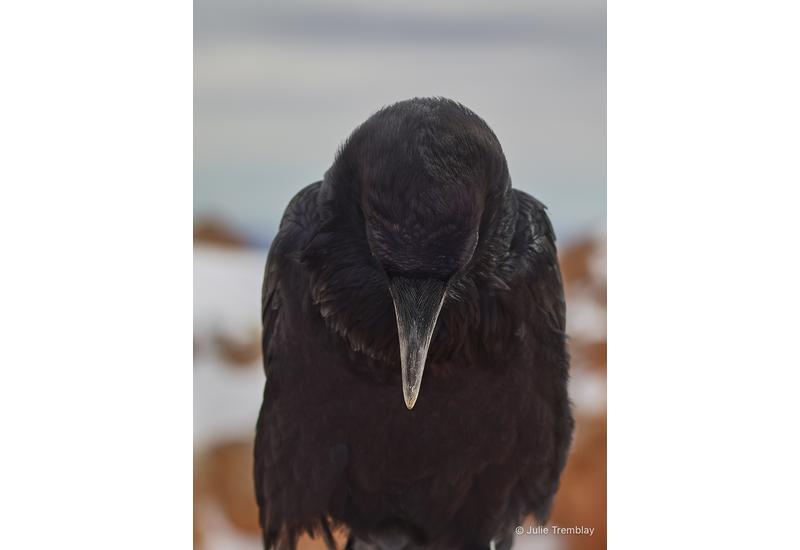 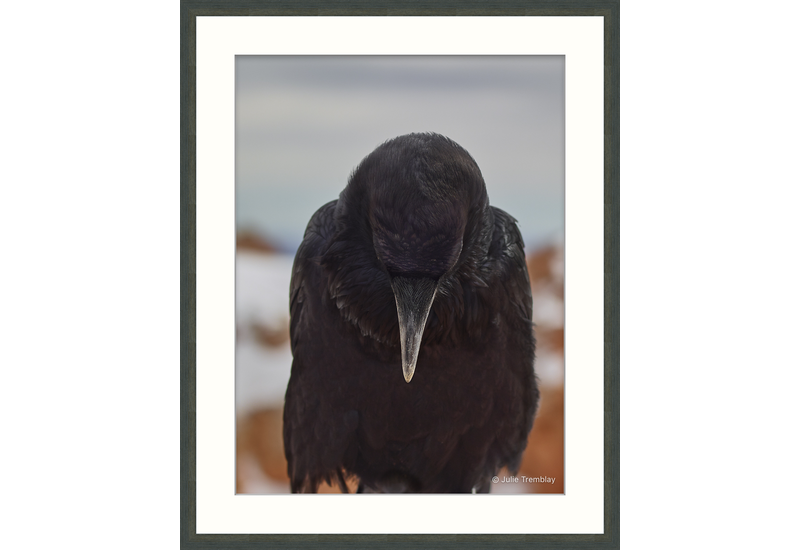 From mid December 2014 to the end of February 2015 I drove cross country in an old conversion van starting from Provincetown MA. Being somewhat self contained allowed the freedom to go wherever and stay for as long as I wanted. This was my first day at Bryce Canyon National Park, which was quiet this time of the year. I stopped to shoot the canyon from one of the many lookouts when this raven caught my attention. It took some time to creep up to him in order to get a photograph - but as it turned out this bird was quite comfortable with me being extremely close. I shot for about an hour and a half before getting this gesture.