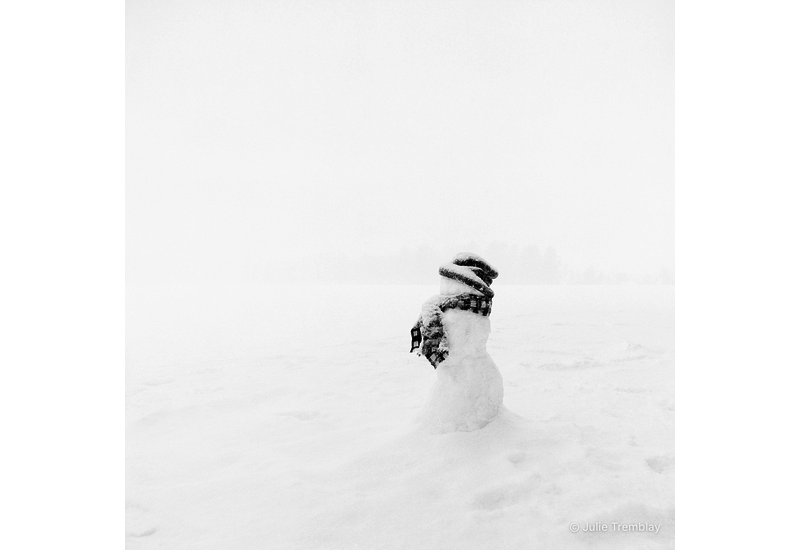 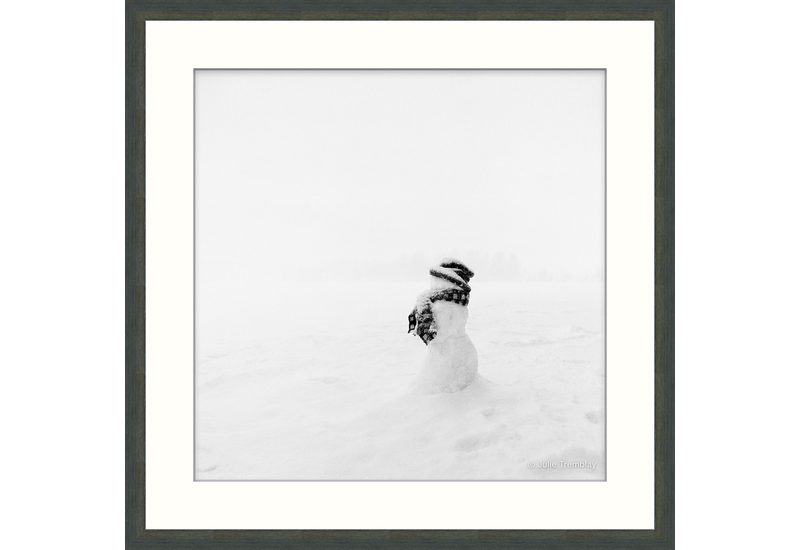 I built this snowman at the end of March in 2004. The winter had not produced much snow but as spring approached we suddenly began to receive daily snow squalls. I chose the edge of the lake to construct him as the snow there was wet and sticky enough to hold together. I photographed him often as each day saw the temperature rise and my snowman shrink. Finally one day I looked down and he was gone. I find that it is not the details of photography that pose the greatest challenge but rather that which I choose to photograph. As for the snowman I am convinced that instead of waiting for the inevitable he high tailed it north, which is where he is now, along with my hat and scarf, which I never recovered! 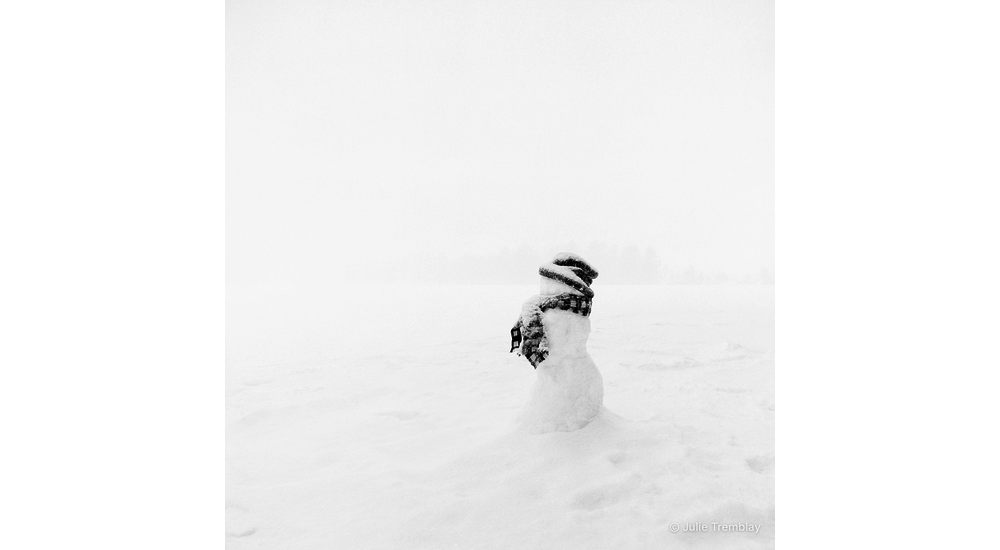